Day 1 of the US/Canadian Nationals and Pre-PWC!  With a light (for around here) south wind forecast, the task committee sent us to Mazama in the Methow Valley!  Not too many people have done this route so I was excited to try it. 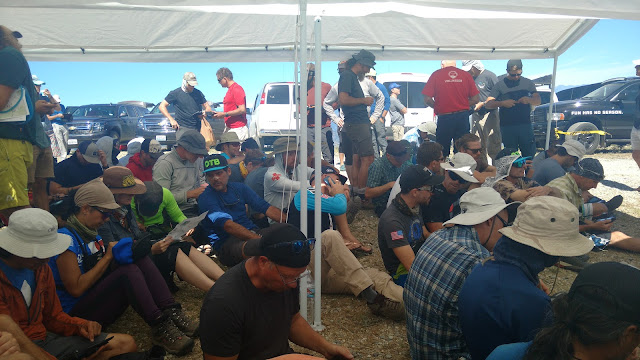 Launch was very light and fickle, so I was glad to have launched early and was able to stay cool in the air while I watched the lineup of pilots grow as the cycles were a bit on the light side for comp gliders.  In the air it was actually SE and not totally south, so we were drifting back over Chelan and having to work our way back to the Butte in order to not get too downwind for the race start at the Walmart.

I had a pretty bad start, frankly, since I wasn’t that high when the start came so I decided to keep climbing until I was confident I could make the glide to the hills behind the Walmart.  But once over there and established, it was easy flying along highway 97 until we got to Pateros, where we had to turn up the Methow valley after tagging the control turnpoint. 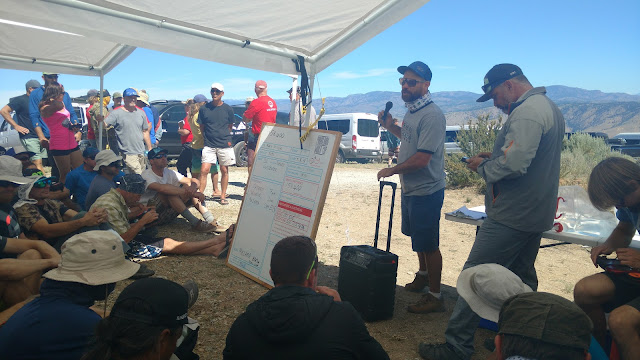 Once in the Methow valley it was tougher flying since there was quite a bit of wind down low in the various side valleys and the thermals were scrubbing along the sides a bit.  Some pilots had decided to fly directly down the middle of the valley, and were making it work, but I thought it would be better to stay in the mountains and fly deeper.  This worked out well with the group of pilots I was with until I got to Winthrop, where the valley turns again up to Mazama and my route was now somewhat downwind of the control turn point.  Oops!  I had to resort to soaring the small bump overlooking Withrop until I could get high enough to tag the turn point, and even then it was a stretch just to make it. 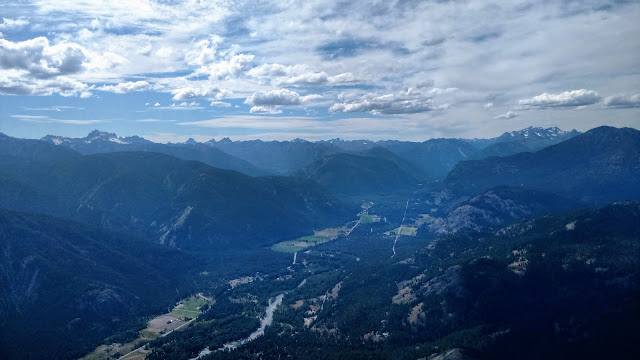 It was an impressive low save after getting the last turnpoint and running across to the other side of Winthrop where I could see some other pilots climbing.  With only a few seconds to decide if I was going to turn right or left before landing, I found a ripper right above the highway and beamed out over the gravel pit, at which point I knew I had goal, since it was only 17 km away and downwind with a series of nice SW-facing rock faces all along the way.


Lots of happy faces in the Mazama LZ as pilots kept coming in, I think in the end there may have been around 50 pilots in goal.  The Methow valley is certainly beautiful, and on a light wind day, is awesome to fly in, since there are oodles of landing spots and an easy obvious road to follow, and if you get stuck in one of the side valleys they actually have nice LZ’s and roads too.