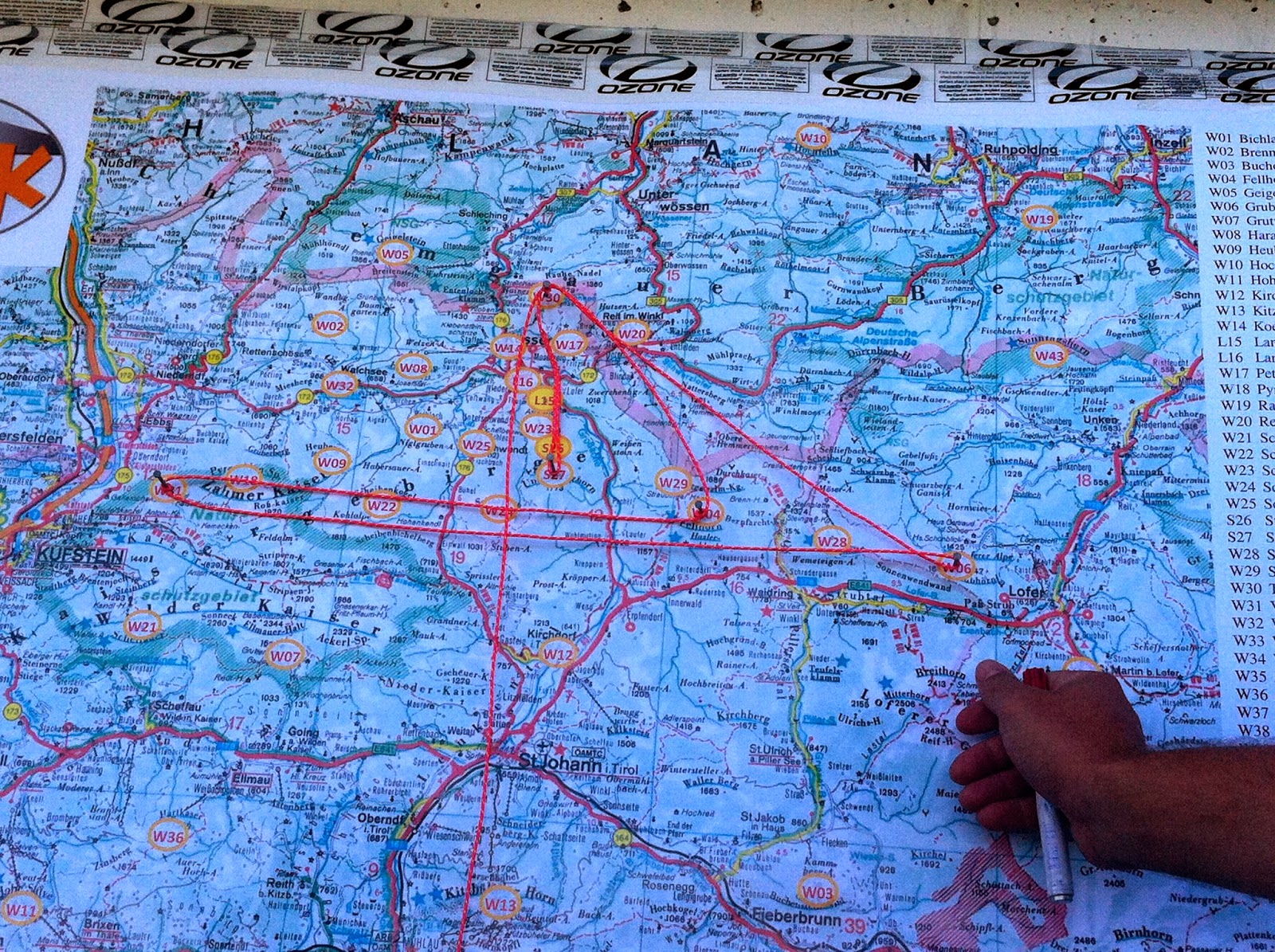 A not-so-great final day for me as the task committee decided to make the start over the town of Kossen, forcing us to glide into the stability to tag the start before returning to the mountain, rather than continuing with the routine that had been working quite well for the past few days.  Apparently they wanted us to fly over the town and show us off, but it ended many pilot's flights as it was stable enough that many were unable to get back up to really start the task.  I ended up in Erpfendorf, behind the mountain, after failing to get back up; at least it was an easy retrieve back!