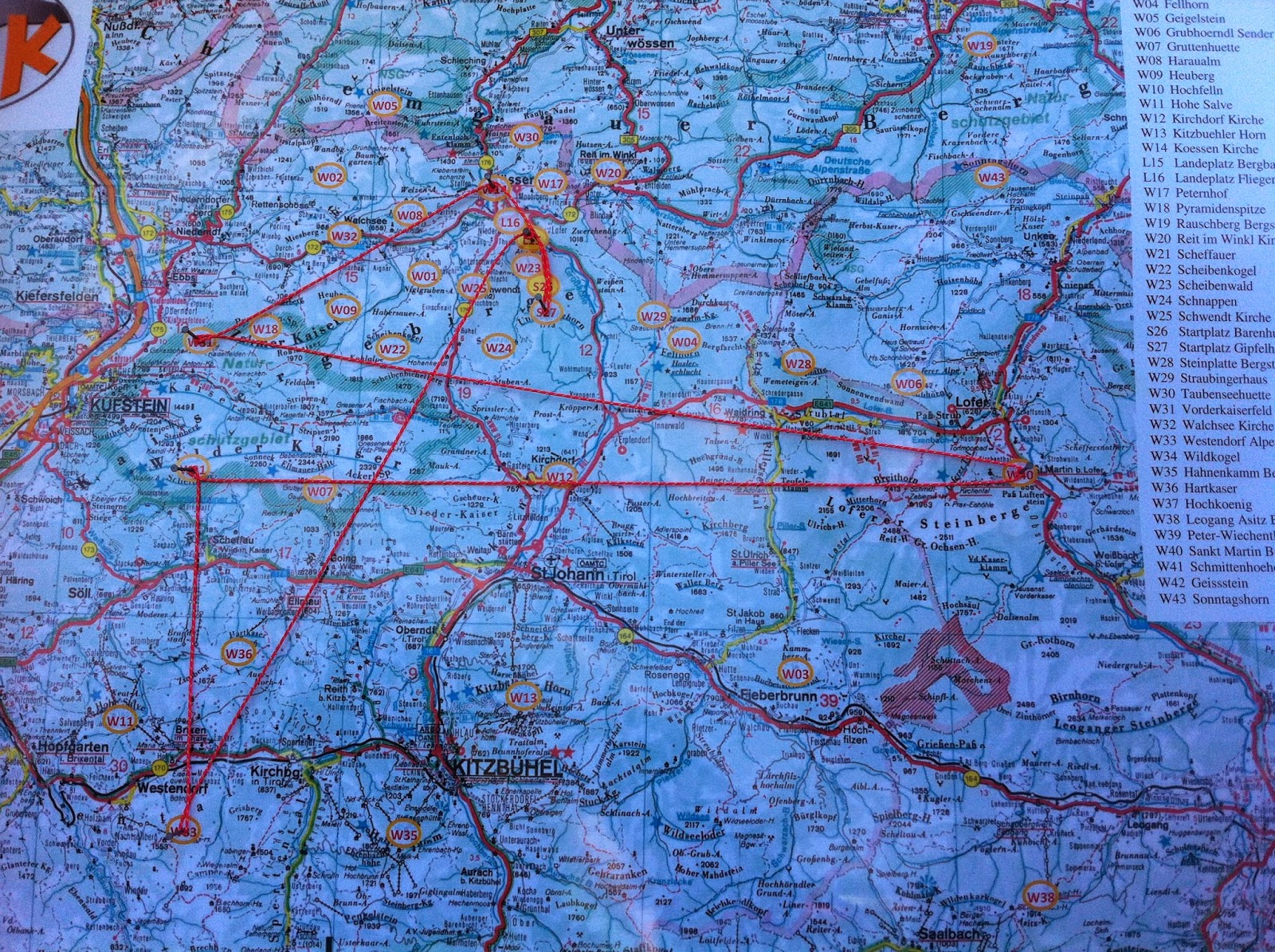 Another perfect flying day, actually a bit more unstable than yesterday and all given that it was a Saturday on a holiday weekend, all the XC hounds were out in force looking to go big.  However for the comp a "shorter" task was called, 112km zig zagging back and forth and staying out of the Pinzgau valley (as the task committee was afraid of OD there).


Despite all the upwind and crosswind legs of the task it was actually pretty easy as there were numerous clouds and easy to get to cloudbase and just motor along.  There were pilots all over the place including a bunch of racing sailplanes.  I think the highlight of the flight would have to be the ridge soaring up the NW face of the Kaiser in the late afternoon in order to tag the final TP before gliding to goal.  Sheer jagged cliff faces and oodles of lift, too strong for me to want to pull the camera out for a photo :)

Tonnes of pilots in goal and I'm sure the retrieve group was happy to have less pilots to chase after.  Getting down over the LZ proved to be a challenge as the entire valley was lifting and pilots were doing everything possible to get down...one pilot mentioned getting sick due to doing too many wingovers and spiral dives in an attempt to get down.

Alex free-flew and did go to the Pinzgau valley where it wasn't ODing after all but didn't quite make it back.  He reported cloudbase around 3500m whereas it was 3200m in our task area, and also lots of pilots attempting the 200- and 300-km triangles.