What else to do on a slow Sunday with some wind about?  Fly of course! 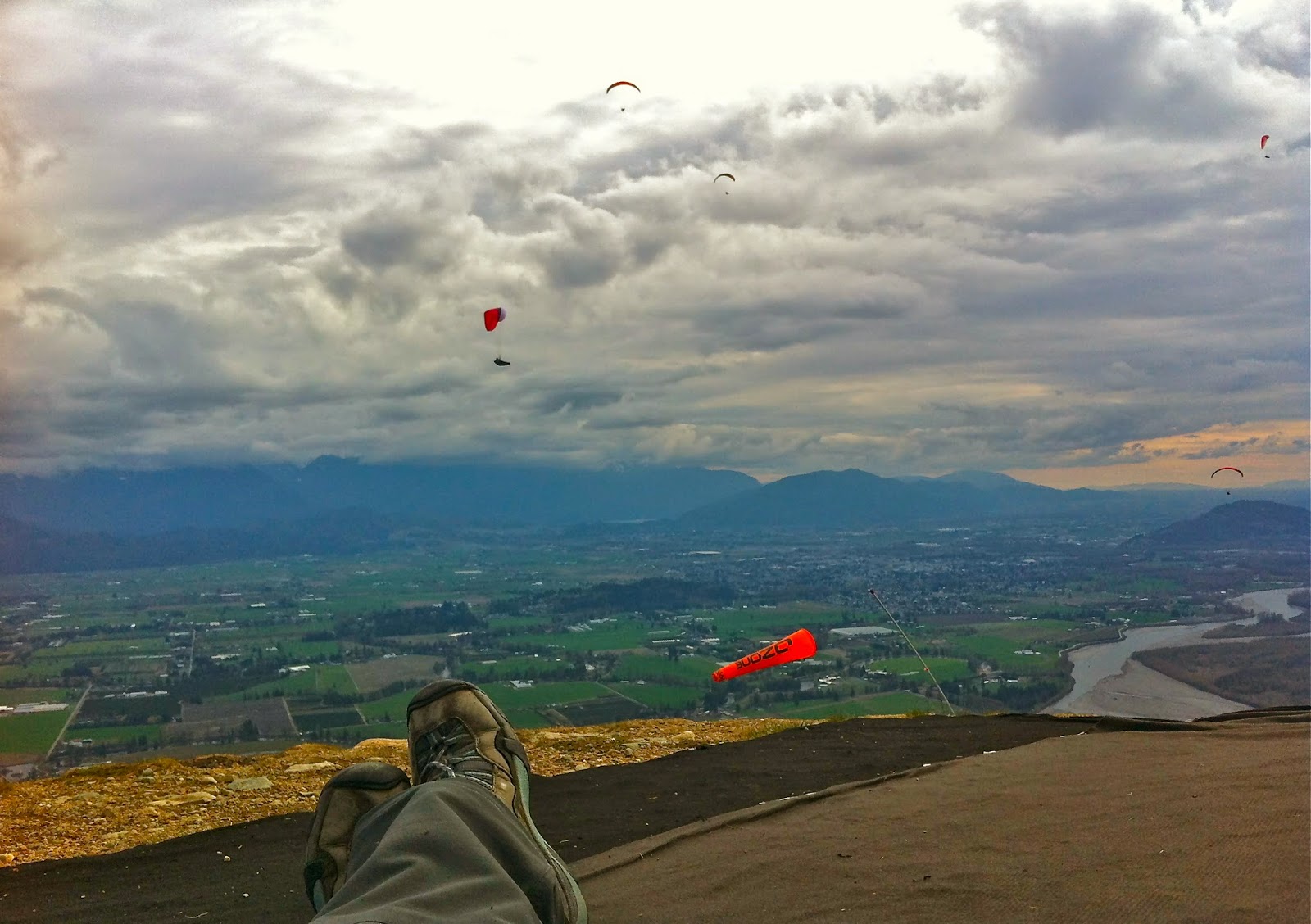 It was actually pretty bright and no rain at all on the way out to the FV, and Woodside was being its usual magic self.  Cu's forming over launch and strong cycles and pretty soon we were all soaring around at cloudbase ~ 1000m.  It was a mixture of thermic and windy conditions so it was easy to stay up; whenever a bout of shade came through it calmed down a bit which made top-landing easier.

I flew around for around an hour than top-landed to let Alex try out my glider.  Rather than flying with his I opted to stay on launch and enjoy the sun and watch everyone playing out front.  Many others top-landed throughout the afternoon to recuperate, swap gliders, or just chill, so it was really quite a nice afternoon.  By the end of the day the sunny spells had disappeared and it was totally overcast, but still completely ridge-soarable and in fact mellower since the sun was gone.  When I drove down a final group had just showed up to fly and it was still on by 6pm.