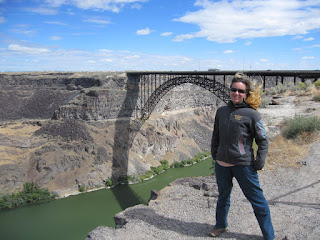 It was obviously going to be too windy today, forecasted 30-40 knots at cloudbase, so the day was cancelled before we even went up the gondola.

People scattered to do different things...a bunch of people wanted to go to Twin Falls to BASE jump off the bridge, and I decided to tag along (I had previously done a BASE jump off the same bridge back in 2006). 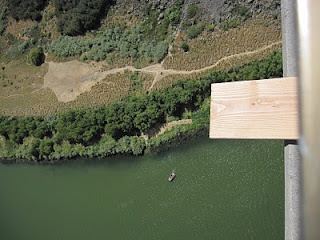 It was howling windy in Twin Falls too, and in the end only a couple of people went.  Same as I remembered from last time, except there's now a plank to stand on, rather than a tiny ledge as you get yourself ready and centered.

I think today was the last day of obviously windy weather for the next while.  I'm pretty sure we'll be flying tomorrow!