We had a good weather window coming up with light winds and no smoke, so a group of around 10 of us decided it would be fun to fly to Copper Mountain, top-land, and camp out overnight before flying back to Pemberton the next day. 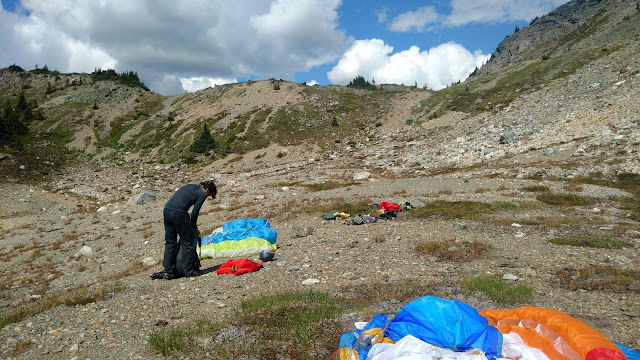 I think that was one of the fastest flights to Copper...cloudbase was quite high and it was plenty lifty and downwind, so I was there in 2 thermals and getting low enough to top-land was hard!  Didn't help that there was a huge cu sucking pilots up into it directly overhead...I thought about waiting until it dissipated but I was also worried about it getting too strong as the afternoon progressed for top-landing at all, so managed to get it in on my 2nd try. 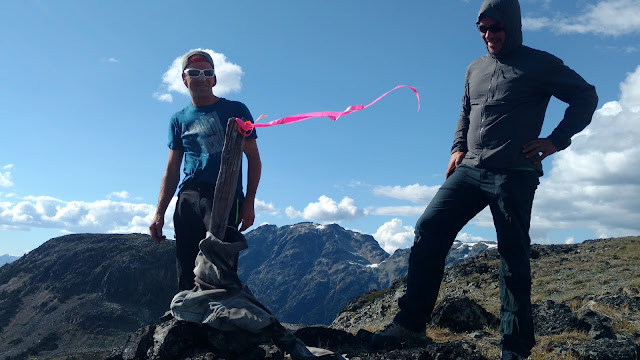 Sunset that evening was spectacular...it was a clear night with some high cirrus to the west which went from grey to brown to fire-red as the sun set...it looked like the sky was on fire.  The bugs weren't actually that bad (all things considering), possibly because it was so dry and the nearest water was either the patch of snow on the north side of Copper of the cirque below.  In any case we very much appreciated the fact we were able to hang out outside our tents for hours in relative comfort! 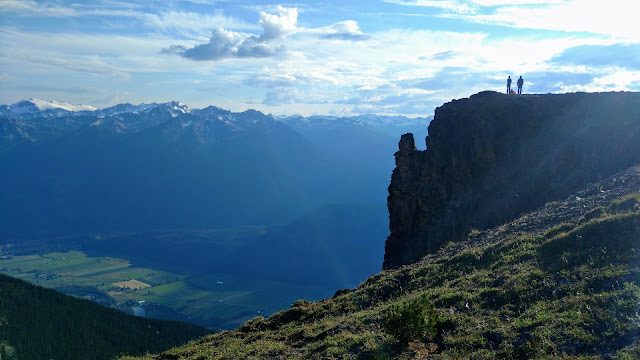 The following morning it was forecast to get a bit windy from the SW, so we launched around 10:30am in nice cycles and were able to scunge along the Copper ridge to the Owl gap.  Most pilots opted to continue gliding towards Pemberton and landed at the Miller Beer Farm, but Alex and I crossed over to the Miller side, arriving high enough to climb up in the morning thermals to over 3000m.

Copper to Miller Ridge the next day 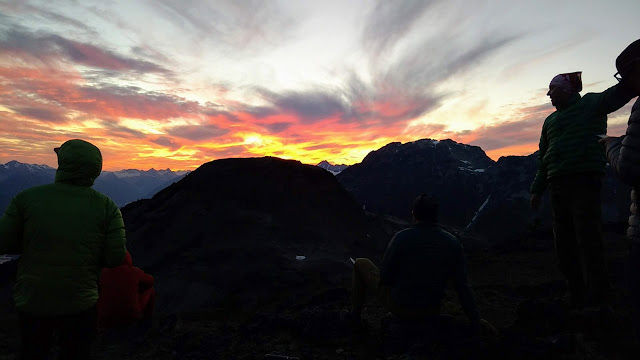 Anything about 2200m was pretty rough as the SW wind was on its way and already apparent at the higher levels, so we landed early for a swim and a proper meal ;)

It was a very fun outing and we timed it perfectly, as a couple of days later the smoke really came in from the BC Interior, smoking out pretty much all of western BC from Vancouver up to Whistler and Pemberton, with lots of new fires near D'Arcy and Lilloet to keep pilots on the ground.

Photo album of the trip is here!