An east-wind day, which usually means later starts at Bridal but higher altitudes.  I was hoping it would be one of those relatively-rare flights where you can get over the Cheam summit, so I wasn't really focused on getting a big distance number. 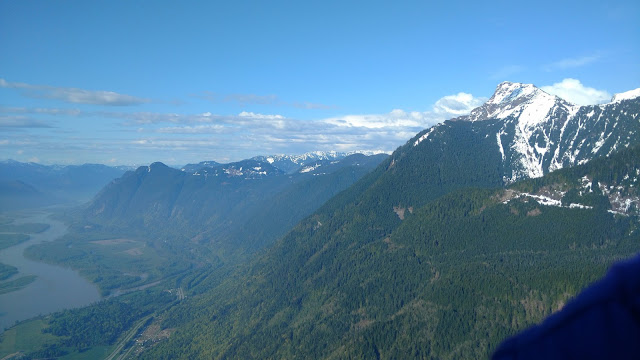 But it was really fun to play along the snow slopes on the NW side and the crows were having fun too, sliding in the snow and not trying to thermal at all. 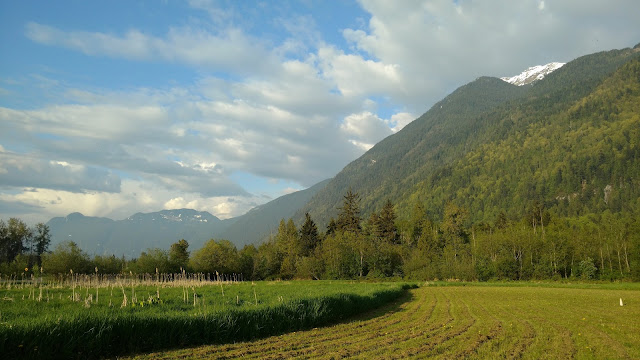