It was predicted to be very windy in the skies over Pemberton as a front moves through so the day was cancelled and declared a rest day.  Many pilots went to Joffre Lakes but a group of us decided to head to Semaphore Lakes instead, near the Train group of mountains in the Hurley Pass. 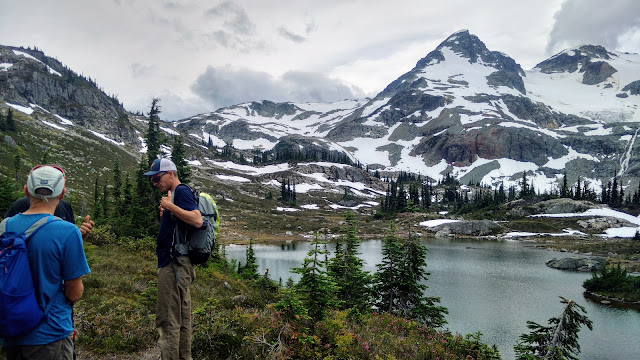 Fantastic-looking clouds but they were also moving quite fast!  A very nice easy hike in and lunch at the lakes, looking up at the glacier, Face Mountain, and Locomotive Mountain, before returning to Pemberton and a fairly strong Whistler Express.  We did see one glider flying but I hope they were landing up the Meadows (and flyable doesn't equal taskable!), as landing in Pemberton would not have been wise. 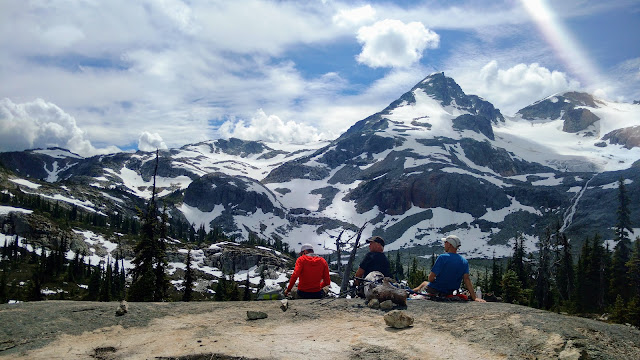