I hadn't been flying for a while since the Willi finished and today looked like an OK-but-not-epic day in Pemberton, better than nothing I figured!  Despite the cu's it was quite stable low down and hard to get high, but high enough to go downrange and hope to get better conditions on the bigger mountains.  It did indeed get better on the bigger mountains past Mt. Barbour, but the quality of the lift was still terrible...all holey and lumpy and inconsistent.  Plus the Ryan River valley was spitting out some significant west wind around 20 kph above 2000m.  The highest I managed to get was 2500+m and it was very windy from the Ryan River so I headed back to Pemberton.  Peter had crossed over to Camel's Hump but reported only getting to 1800m over there, not much to work with when it was stable low down, so he crossed back to Copperdome before following me back. 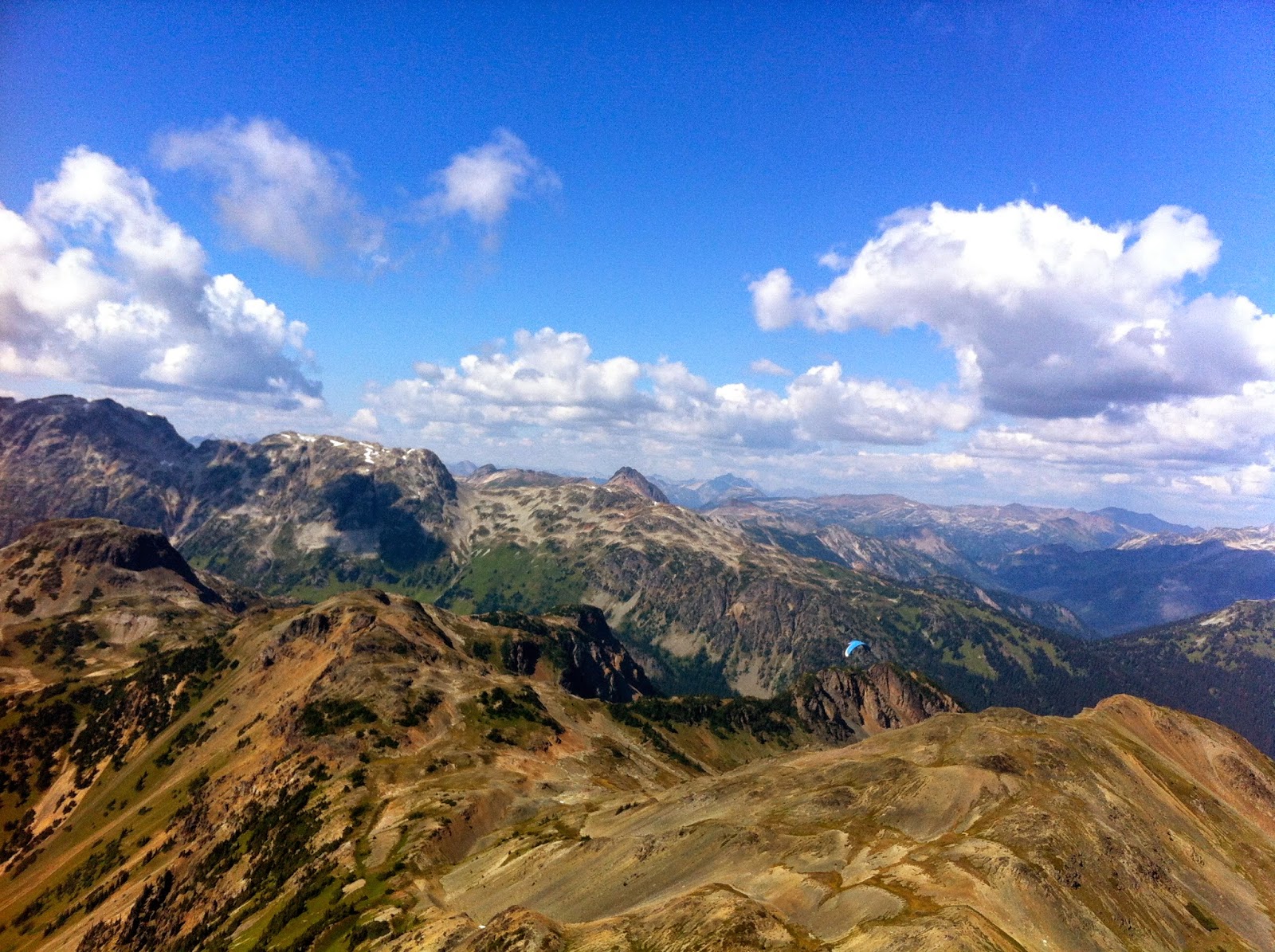 Not many pilots went XC today, seems the stability and the time of year kept most people away or else on other projects.  The forecast had called for a light-to-medium Whistler Express by 6 or 7pm, and one did indeed come through by then although I would have categorized it as a strong one instead.  Guy was the last to land and managed to make it in to the Church LZ before it got too epic.

Alex and Greg had hiked up Rainbow in Whistler in an attempt to fly to Pemberton but had the same stability issues, only getting to 1800m at Cougar Mountain.  They chose instead to land at the south end of Green Lake near the floatplane dock.